The 4 Yacon plants were put out in April and as there had been some frost it was time to dig them up. Started digging some distance away so as not to damage anything.

Have put them in the conservatory for a couple of weeks.

This was the most from one plant.

A few of the tubers

The plant is part of the daisy family ad has a beautiful bu tiny flower.

The 4 plants waiting for spring. 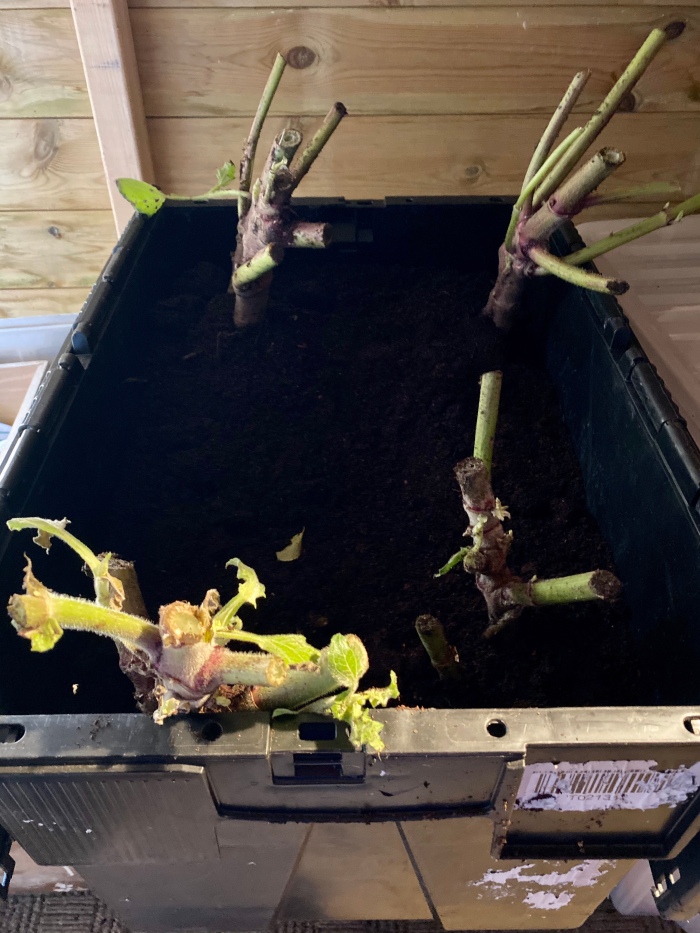 There are some tiny holes in a couple of the tubers so will have a look to see what’s been boring in. Could be wireworm apparently.

An article from the Guardian about the Yacon