Hi. Plastic has gone behind your back. All the time you thought your precious Plastic was safely being recycled it was going on foreign holidays to Hong Kong, Thailand and Poland.  Its on youtube from Sky News. The evidence is here so break up with Plastic now! 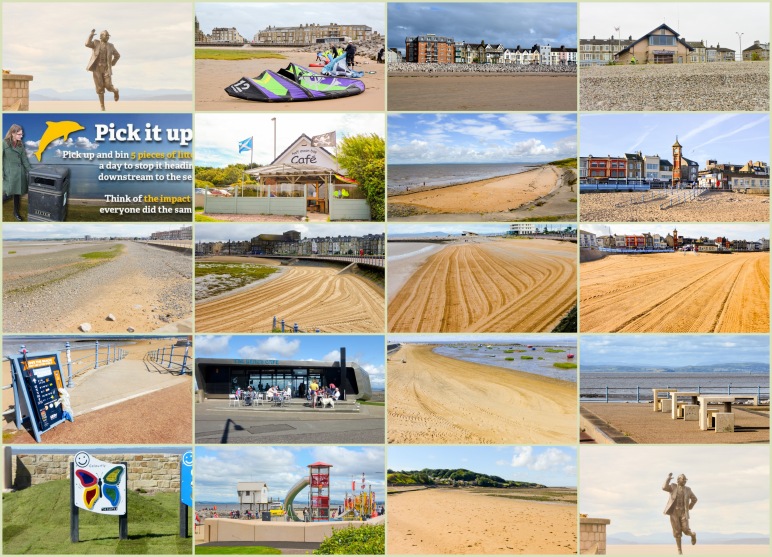 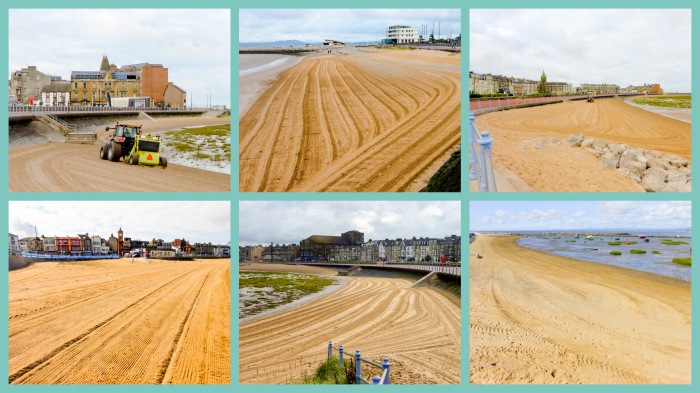 Fantastic people  keep Morecambe & Heysham Beaches tidy and #2MinuteBeachClean has arrived. The board may be out when the Clock Tower Cafe is open. 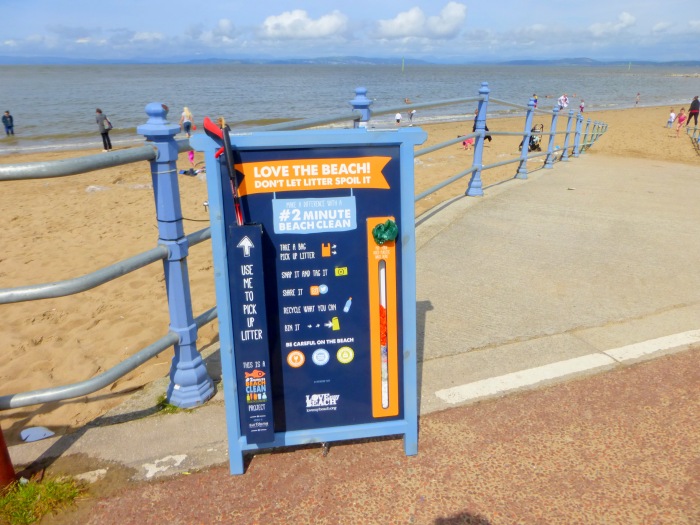 If you are interested in the environment and want to help – then first of all – watch this 2 minute video.

If you intend to do more than pick up a few items while out walking the dog etc., then its a good idea to have a couple of plastic bags inside a long-life supermarket bag so the the litter does not blow away, also take gloves. One of the bags is for plastic bottles, glass bottles and cans.

There are four sets of recycling bins along Morecambe Promenade for plastic bottles, glass bottles and cans. 1) Lifeboat Station 2) Cenotaph 3) Near Regent Road in the West End and near the Beach Cafe at the Battery. If you pick up cans or plastic is is up to you whether you use a normal council bin or pop them into your own recycle bins. There are plenty of bins for other items.

The Lancaster City Council do regular Beach cleans with Amie on her tractor from The West End Car Park at the Battery to almost the Bay Strathmore – a distance of 2 miles, but this depends on the tides and also they cannot do all the edges or beaches where there are no ramps directly onto the sand. The Lancaster City Council do have people occasionally tidying the beach before and after events on the Promenade such as the Morecambe Carnival.

All beaches need to be tided between tractor cleans, and where the tractor does not go. There are individual people who tidy up the range of beaches, council workers, groups such as the Trumacar Tigers and some organised groups such as Love My Beach of the Morecambe Bay Partnership who did a beach clean at Middleton recently.  The Marine Conservation Society did an organised beach clean of Half Moon Bay at the beginning of December 2017,   Families  involved in #PebbleArt have mentioned that they are helping by picking up litter.

I have noticed a lot of dog walkers taking the opportunity to pick up litter. I also talked to someone from a local Facebook group recently – she and her husband were picking up litter and recycling. There was a big effort recently by volunteers after the Morecambe Carnival.

Local volunteers help on an occasional basis. Douggie tidies up round Bare Village. Chris tidies from the Strathmore to West End and sometimes Half Moon Bay and Bay Cottage Beaches and another person helps Chris occasionally. Dawn tidies up Middleton beach regularly. The Pattinsons tidy up around Half Moon Bay and the Heysham Headland. There is a chap who cleans Sandylands beach

The Main Beaches are:- 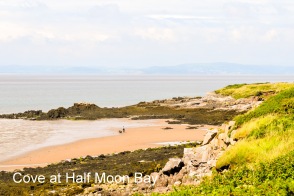 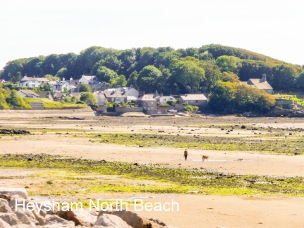 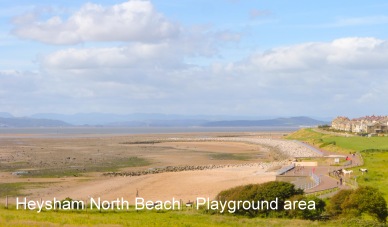 Sandylands beach where the old paddllng area is now visible 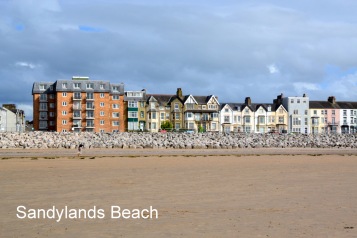 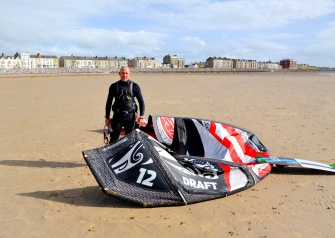 Kite Surfers area down the ramp from the Battery car park. Only a tiny area but important as any cans or glass etc could harm the Kite and Wind Surfers. 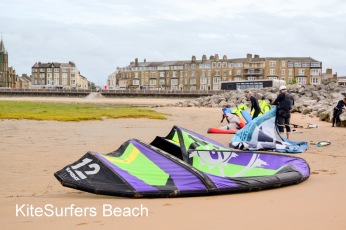 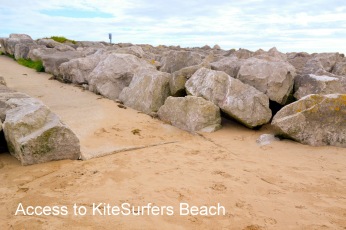 The West End beach from the Beach Cafe up to and including the little bay near to the swimmers statue opposite the Alhambra. 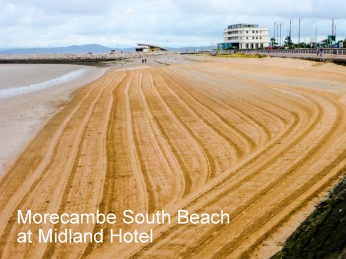 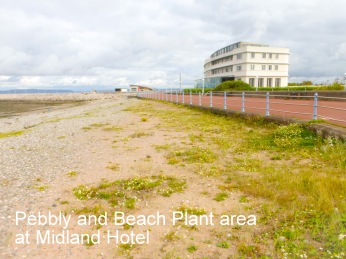 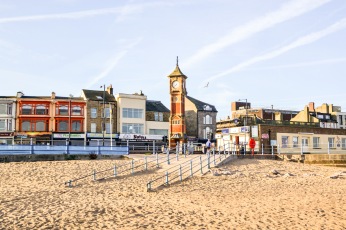 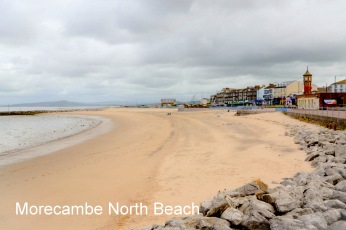 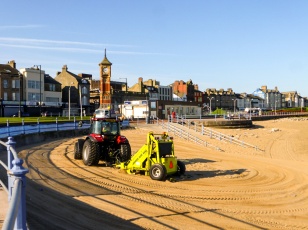 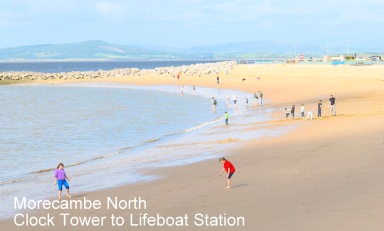 Blue Boat ‘Hopeful’ to Pirates on the Prom Playground. 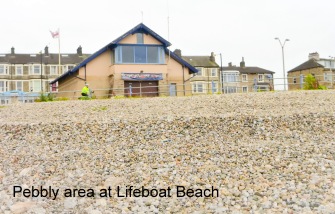 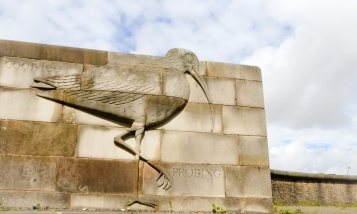 The Boat Bay beach and along the pebbles to Broadway. 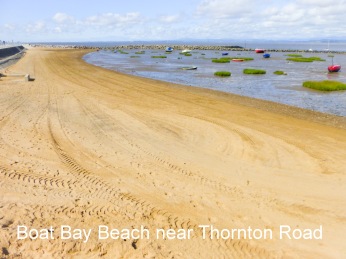 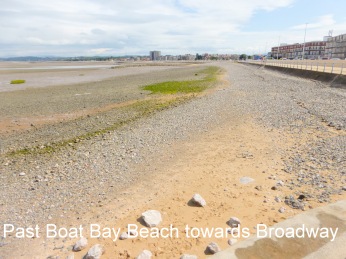 Many of the beaches have rocky areas, do not climb onto rocks which can be slippery. Also keep on the sand and do not go on any muddy areas. Someone was stuck in mud near the boats last year, only a few feet from the sand.

If you are tidying Half Moon Bay Beach there is the occasional metal object which could be a WW2 munition item. I haven’t heard of anything for a few years but there is a warning notice. Phone Lancaster City Council switchboard if there is anything to report. It does work – I reported a large dead bird and a drum of diesel recently (not the same day) and they were promptly sorted out.

There are possibly important areas I have missed but whether you adopt an area, or work through the list, then anything helps. I did a beach clean at the Half Moon Bay beach recently and could only fill half an Asda bag of tidal and other litter so we are not talking about bin bag sized litter problems.

NOTE – the beach clean board at the Clock Tower Café depends on people popping some supermarket bags into the groove on the board for people to have a go – have seen a lot of kids picking up litter with the grabber and filling bags.

Lets not dwell on the causes of tidal or other litter – it is what it is. Picking it up is not for everyone.

Environmental Links and groups,  if you want to see what they are up to………..

Local in the Fleetwood to Lytham area

Any beach tidying shows people and visitors that we are proud of where we live and that we will take steps to help everyone enjoy the scenery we all love. When people take photos we see on social media they will not include tin cans in the picture.

If you have picked up anything on a Morecambe and Heysham Beach then you already care.